On the scale of things we were pretty well situated, my wife and I both have jobs which can be done online effectively although Sharon’s university employers, in common with many universities, had an unwarranted enthusiasm for maintaining some face to face student contact and getting students on site.

We have a moderate sized garden where Thomas (now nearly 9) and I played a lot of football, touchingly (and rather naively) he thinks I should be a professional football player! Thomas and I also did quite a lot of baking together. Home-schooling was a battle of attrition, Sharon took the lead on this, for which I am eternally grateful. My part was largely the baking which we passed off as "maths". Thomas took the philosophical view that home was not school and we were not teachers therefore there could be no home-schooling. By the end, and in common with many parents, he was spending most of his time watching videos and playing games on a tablet but we made it through and he is now really happy to be back to school. 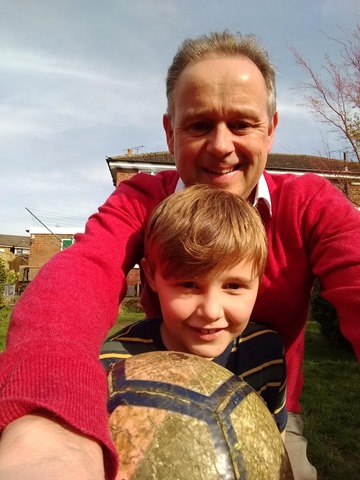 We live next door to a supermarket which was handy particularly in the early days of lockdown when there were shortages of random food items, and often queuing to get into the shop. As a result of covid, and the forthcoming final exit of the UK from the EU, we now have a second freezer and a moderate stockpile of food.

We are on the edge of Chester, so we can walk from our front door into the countryside. I also discovered cycling for leisure again, and found the routes out along the Greenway and back along the River Dee were rather good – car-free, well-paved and almost entirely flat. I also cycled out to Ness Gardens as part of my company’s annual "challenge", any "challenge" that involves coffee and cake at the mid-point is fine by me!

This years blogging has been thin but rather more varied than usual, I found I had less time for reading than normal. The traffic to my website has increased this year though, presumably because people have more time on their hands.

I wrote a couple of technology blog posts (Type annotations in Python and Unit testing in Python), these are pretty popular – I guess people are often googling for just the problem I have been seeking to fix.

I attending some counselling sessions for anxiety earlier in the year, so obviously blogged about that. Coronavirus has not been a problem from an anxiety point of view (other than the normal anxieties everyone else has!): I have been largely forbidden from doing the things that made me anxious!

Since I was spending more time in the conservatory, playing drums and guitar, I gave it a bit of an upgrade. I also wrote a rare "Gear review" post about the Boss RC-3 Loop station – it’s a guitar thing!

On the book front You look like a thing and I love you by Janelle Shane had me sniggering quietly to myself reading it on the train, it’s an overview to machine learning mainly focussed on the often hysterical results of machine learning. I read How the states got their shapes by Mark Stein, followed by 1491 by Charles C.Mann about pre-Columbian civilisation in the Americas. The Black Lives Matter movement reached the UK, and I was rather proud to see the residents of Bristol (one of my home cities) chuck a statue of the slaver, Edward Colston, into the harbour. My actions on BLM were modest, I deliberately started followed people who weren’t like me on social media, and read Black and British: A Forgotten History by David Olusoga – this has helped me think differently about British history. Also by David Olusoga (and Melanie Backe-Hanson) I read A House Through Time and related to houses, I read The Address Book by Deirdre Mask.

Along the lines of my more usual reading in the history of science I read The Egg and Sperm Race by Matthew Cobb – which is about how we came to understand reproduction in animals (and humans). The Pope of Physics by Gino Segrè and Bettina Hoerlin – about Enrico Fermi, Science City by Alexandra Rose and Jane Desborough – about science in London, The clock and the camshaft by John Farrell – about technology in the medieval period, who would have thought hammering was so important! Finally, and a little unclassifiable were  Sea monsters on Medieval and Renaissance Maps by Chet van Duzer and Your voice speaks volumes by Jane Setter.

We didn’t really manage a holiday away this year, we visited my father-in-law in Malvern for a few days but various restrictions and our caution made anything more an impossibility. Here we are climbing up to British Camp on the Malvern Hills 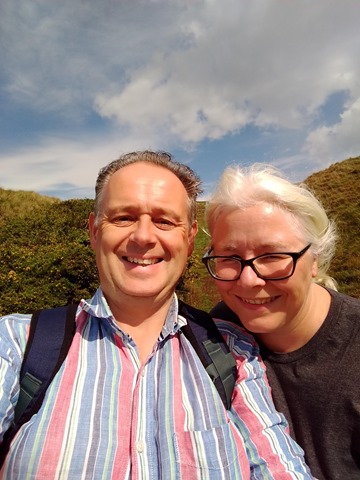 Thomas learned to ride a bike! He’s not shown much interest until now, we bought a cheap second hand bike from Bren Bikes and he was riding without support within a couple of hours.

As an end to a poor year my dad passed away a week before Christmas. He’d moved to a care home in January this year following the death of my stepmother a little over a year ago. Initially rather ill, and a little confused, his health improved as the year progressed. By lockdown he had started making short trips out on the train. In lockdown he engaged with the social life of the care home, and was making daily walks around the garden but towards the end of the year his health was declining. He died rather suddenly on Thursday 17th December, my brother had seen him the previous Saturday. We are grateful for his mercifully quick end, and the final year he had. I wrote an eulogy which you can find here. The funeral was held on 30th December with most attending online, as many have done through this year – I posted the Order of Service here which includes the music, readings, eulogy and photos.

A picture of dad with Thomas and Sharon 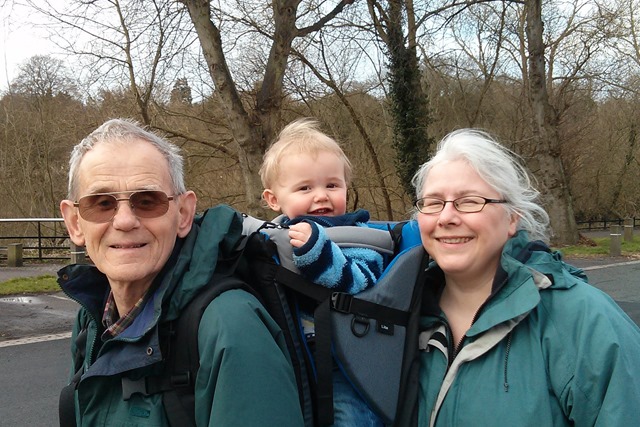 My winter gloom is not so bad this year because I’m not cycling to and from work in the dark, obviously circumstances have made it a rather sad end to the year.