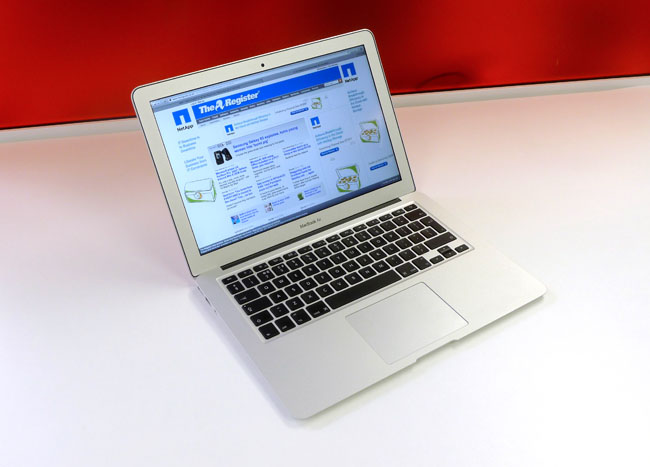 Operating Systems were the great religious divide of our age.

A little over a year ago I was writing about my experiences setting up my Sony Vaio Windows 8 laptop to run Ubuntu on a virtual machine. Today I am exploring the Third Way – I’m writing this on a MacBook Air. This is the result of a client requirement: I’m working with the Government Digital Service who are heavily Mac oriented.

I think this makes me a secularist in computing terms.

My impressions so far:

Things got off to a slightly rocky start, the MacBook I’m using is a hand-me-down from a departing colleague. We took the joint decision to start from scratch on this machine and as a result of some cavalier disk erasing we ended up with a non-booting MacBook. In theory we should have been able to do a reinstall over the internet, in practice this didn’t work. So off I marched to our local Apple Store to get things sorted. The first time I’d entered such an emporium. I was to leave disappointed, it turned out I needed to make an appointment for a “Genius” to triage my laptop and the next appointment was a week hence, and I couldn’t leave the laptop behind for a “Genius Triage”. Alternatively, I could call Apple Care.

As you may guess this Genius language gets my goat! My mate Zarino was an Apple College Rep – should they have called him a Jihadi? Could you work non-ironically with a job title of Genius?

Somewhat bizarrely, marching the Air to the Apple Store and back fixed the problem, and an hour or so later I had a machine with an operating system. Perhaps it received a special essence from the mothership. On successfully booting my first actions were to configure my terminal. For the initiated the terminal is the thing that looks like computing from the early 80s – you type in commands at a prompt and are rewarded with more words in return. The reason for this odd choice was the intended usage. This MacBook is for coding, so next up was installing Sublime Text. I now have an environment for coding which superficial looks like the terminal/editor combination I use in Windows and Ubuntu!

It’s worth noting that for the MacBook the bash terminal I am using is a native part of the operating system, as it is for the Ubuntu VM on Windows the bash terminal is botched on to make various open source tools work.

Physically the machine is beautiful. My Vaio is quite pretty but compared to the Air it is fat and heavy. It has no hard disk indicator light. It has no hard disk, rather a 256GB SSD which means it boots really fast. 256GB is a bit small for me these days, with a title of data scientist I tend to stick big datasets on my laptop.

So far I’ve been getting used to using cmd+c and cmd+v to copy and paste, having overwritten stuff repeatedly with “v” having done the Windows ctrl+v. I’m getting used to the @ and ” keys being in the wrong place. And the menu bar for applications always appearing at the top of the screen, not the top of the application window. Fortunately the trackpad I can configure to simulate a two button mouse, rather than the default one button scheme. I find the Apple menu bar at the top a bit too small and austere and the Dock at the bottom is a bit cartoony. The Notes application is a travesty, a little faux notebook although I notice in OS X Mavericks it is more business-like.

For work I don’t anticipate any great problems in working entirely on a Mac, we use Google Apps for email and make extensive use of Google Docs. We use online services like Trello, GitHub and Pivotal in place of client side applications. Most the coding I do is in Python. The only no go area is Tableau which is currently only available on Windows.

I’ve never liked the OS wars, perhaps it was a transitional thing. I grew up in a time when there were a plethora of home computers. I’ve written programs on TRS-80s, Commodore VIC20, Amstrad CPC464s, Sinclair ZX81 and been aware of many more. At work I’ve used Dec Alphas, VAX/VMS and also PCs and Macs. Latterly everything is one the web, so the OS is just a platform for a browser.

I’m thinking of strapping the Air and the Vaio back to back to make a triple booting machine!