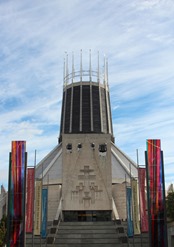 My blogging is much reduced this year, at least on my own blog. This is a result of my new job with ScraperWiki and child care, Thomas is now nearly two years old.

I started the year with a couple of posts on my shiny new laptop; working for a startup I’ve escaped from the corporate Dell. One post was on the beast itself – a Sony VAIO, and Windows 8 – Microsoft’s somewhat confusing new operating system offering. The other post was on running Ubuntu on the VAIO. In the past this was a case of setting up dual boot but various innovations make this difficult and there is, in my view, a better solution: a virtual machine.

There wasn’t much ranting this year: I only managed one little one about higher education, and the reluctance amongst lecturers to take any teaching qualifications. The only other marginally opinion piece was on electronic books, where I muttered about DRM limiting the functionality of ebooks.

I managed to read a few books which ended up on my own blog: The Eighth Day of Creation, about the unravelling of the genetic code was a dense, heroic read. The Dinosaur Hunters was light and fluffy. Empire of the Clouds and The Backroom Boys were largely wistful rememberings of Britain’s former greatness in jet aeroplanes and in technology more generally. Chasing Venus and a History of the World in 12 Maps returned to the themes of geodesy and mapping which I’ve explored in the past. Finally, a bit of London history with The Subterranean Railway and Lucy Inglis’ Georgian London. I’ve been following Lucy on twitter since Georgian London was a twinkle in her eye. It’s difficult to choose a favourite amongst these, it’s either History of the World in 12 Maps or Georgian London.

Over on ScraperWiki’s blog I’ve been knocking out blog posts at a great rate, you can see them all here. I did a good deal of book reviewing over there too, my commute into work on the train means I get an hour or so of reading every day – which quickly adds up to a lot of reading! I read about machine learning, data visualisation (this and this), Tableau (this and this), natural language processing, R, Javascript and software engineering. I’m currently ploughing my way through Data Mining: Practical Machine Learning Tools and Techniques. I think my favourite of these was Natural Language Processing with Python. I’m beginning to see the value of the more expensive, better established publishing houses in terms of book quality.

Alongside this I did a few blog posts on new tools for my trade. I’ve long programmed to do scientific analysis but ScraperWiki is a company which sells software, and the discipline of writing software for others to use is different from writing software for yourself, particularly important are testing and source control.

I spoke at a couple of events: Data Science London, and Strata London where I gave an Ignite talk. Ignite talks follow a special format, they are five minutes long and you get 20 slides which advance automatically at the rate of one every 15 seconds – a somewhat frantic experience. My talk is captured on video.

I also did some bits of data analysis; #InspiringWomen was a look at a response to the online bullying and abuse of women. A place in the country was about data on house prices which we had collected for a campaign by Shelter.

Back on my own blog I managed to do a couple of photographic posts, one on Liverpool. The rail loop under Liverpool was closed which meant I had to walk across town to work, and I suddenly realised that Liverpool is rather spectacular architecturally. This led me on to getting the Pevsner Guide to Liverpool. The ScraperWiki office might be a bit unusual in that a quarter of the company owns this book! I also went on a business trip to Trento, which turns out to be a very attractive city, unfortunately I only had my phone with me to take photos.

The last year has highlighted to me what a privilege it was to have so much time to spend on my blogging, photography and garden shed fiddling in the past. It’s what got me my new job but for many, equally able, people this investment of time simply isn’t possible with the other responsibilities they have. Something to consider the next time you’re recruiting, and so highly rating that extra-curricular activity.

Also I realise I have a great deal of theoretical knowledge about a whole pile of technologies but I have spent rather less time on actually doing anything with them, so maybe this coming year there’ll be less reading and more coding on the train.

Happy New Year to you all!