pdftables – a Python library for getting tables out of PDF files

Making a ScraperWiki view with R

I’ve been working in Liverpool for a few months now, I take the Merseyrail train into Liverpool Central and then walk up the hill to ScraperWiki’s offices which are next door to the Liverpool Metropolitan Cathedral aka “Paddy’s Wigwam”. 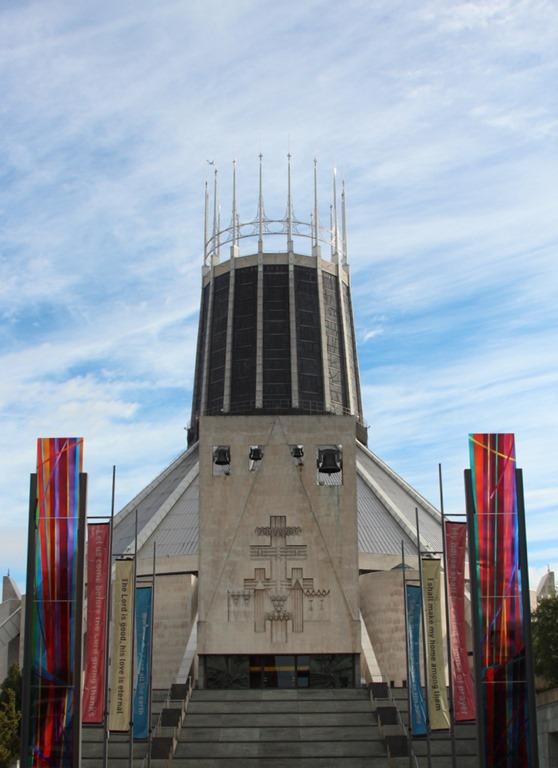 The cathedral was built in the 1960s, I rather like it. It looks to me like part of a set from a futuristic sci-fi film, maybe Gattacca or Equilibrium. Or some power collection or communication device, which in a way I suppose it is.

To be honest the rest of my usual walk up the Brownlow Hill is coloured by a large, fugly carpark and a rather dodgy looking pub. However, these last few weeks the Merseyrail’s Liverpool Loop has been closed to re-lay track so I’ve walked across town from the James’ Street station, giving me the opportunity to admire some of Liverpool’s other architecture.

Returning to architecture, I leave James’ Street station via the pedestrian exit on Water Street, there is a lift up onto James’ Street but I prefer the walk. As I come out there is a glimpse of the Royal Liver Building, on the waterfront. 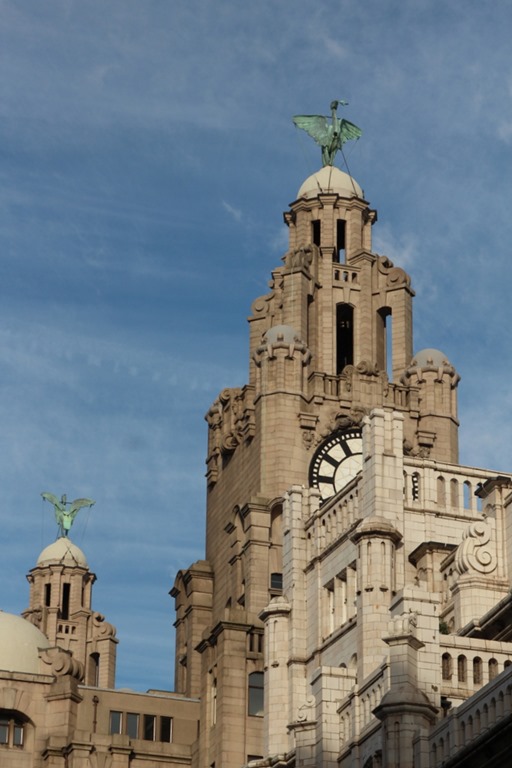 Just along the road is Liverpool Town Hall, for some reason it’s offset slightly from the centre of Castle Street which spoils the vista a little. 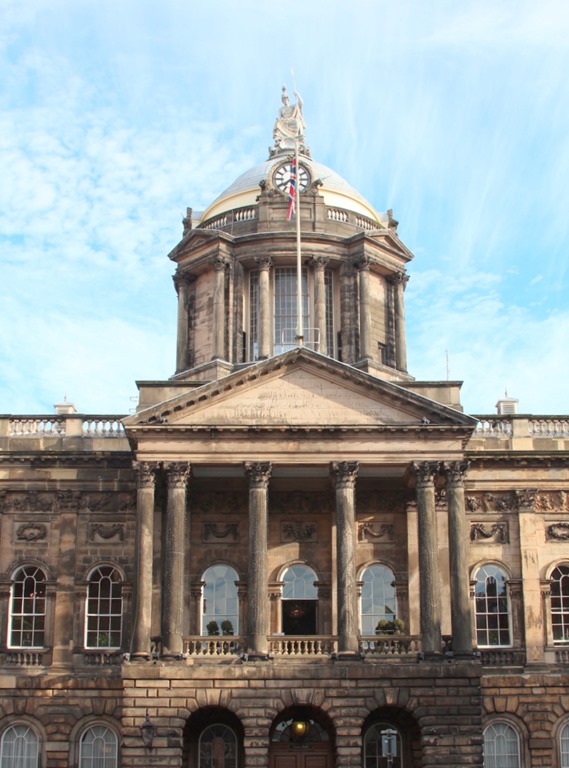 Down at the other end of Castle Street we find the Queen Victoria Monument, she stands in Derby Square in front of the rather unattractive Queen Elizabeth II Law Courts. 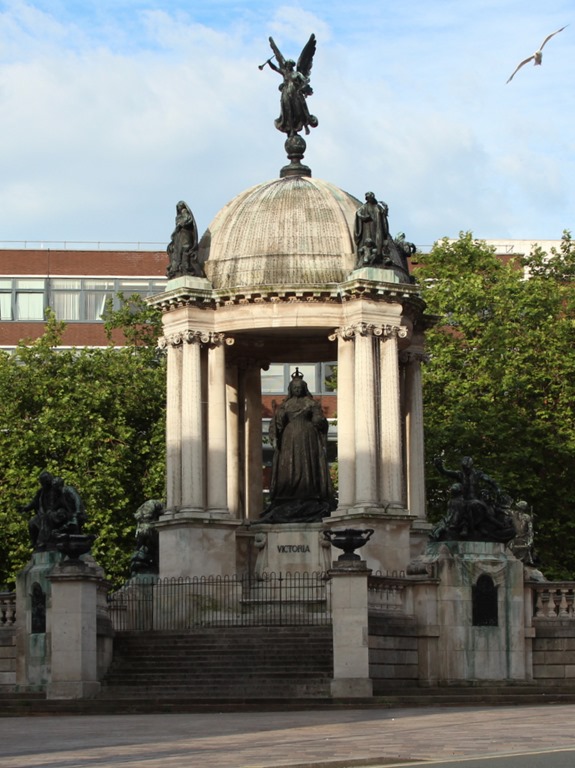 On the way I pass the former Adelphi Bank building, now a Cafe Nero. I like the exuberant decoration and the colour of the stone and domes. 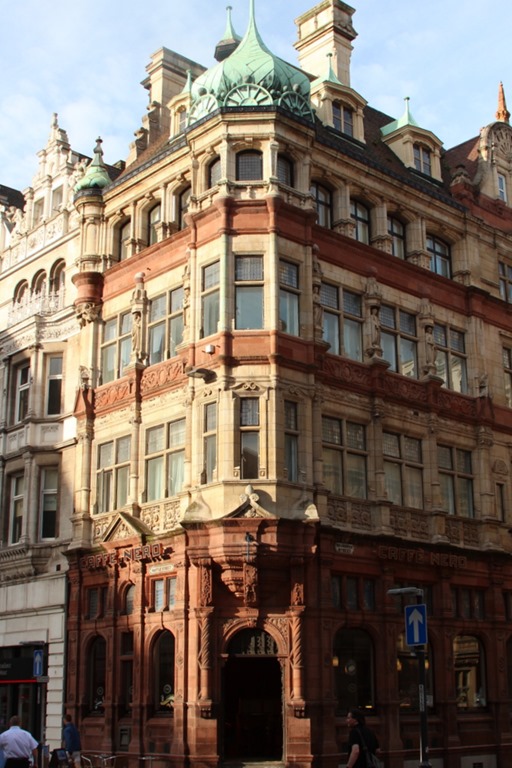 Raise your eyes from ground level and you see more decoration at the roof line of the buildings on Castle Street: 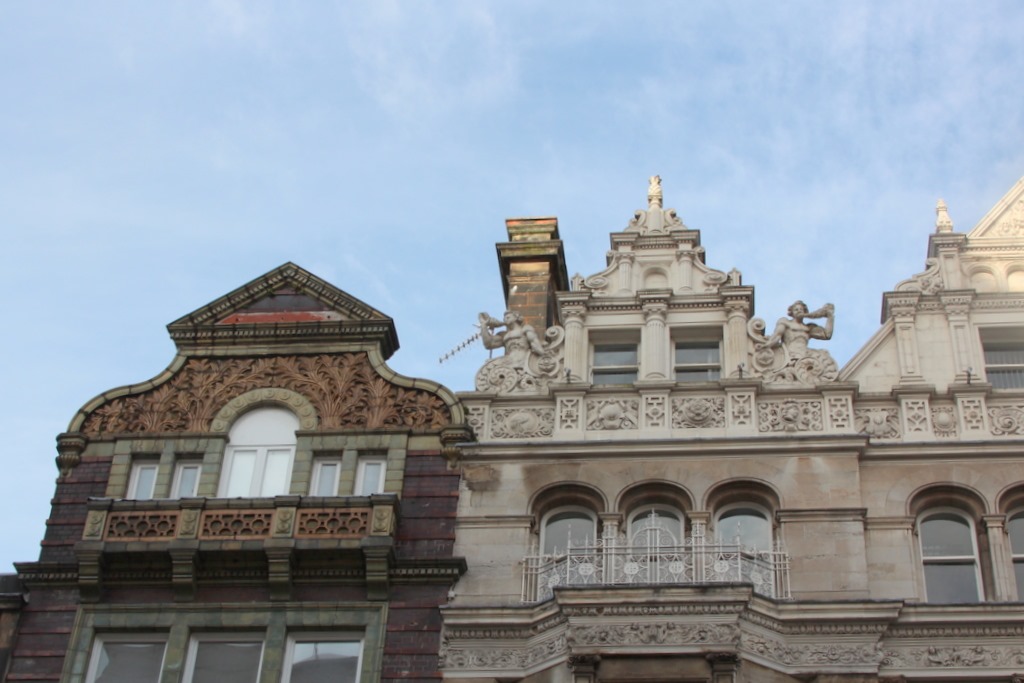 Once I’ve passed the Victoria Monument it’s a long straight walk down Lord Street then Church Street which has a mixture of buildings, many quite modern but some a bit older, often spoiled by the anachronistic shop fronts at street-level. 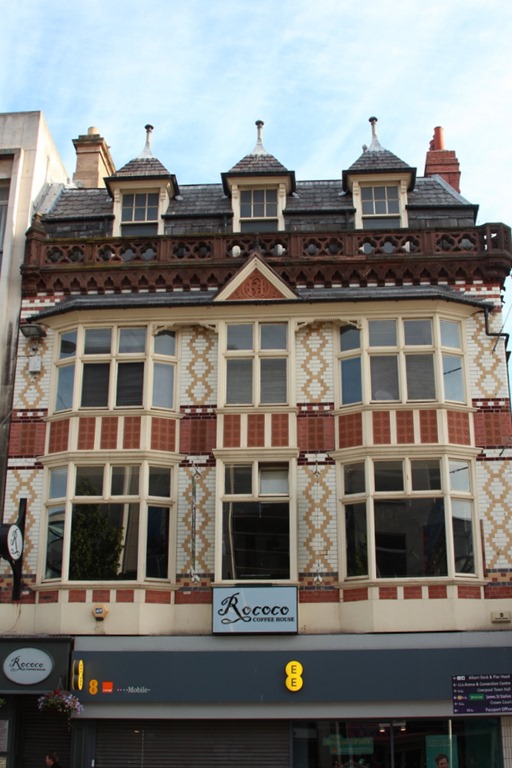 I quite like this one at 81-89 Lord Street but it’s seen better days, it used to look like this. It looks like it used to have a spectacular interior. 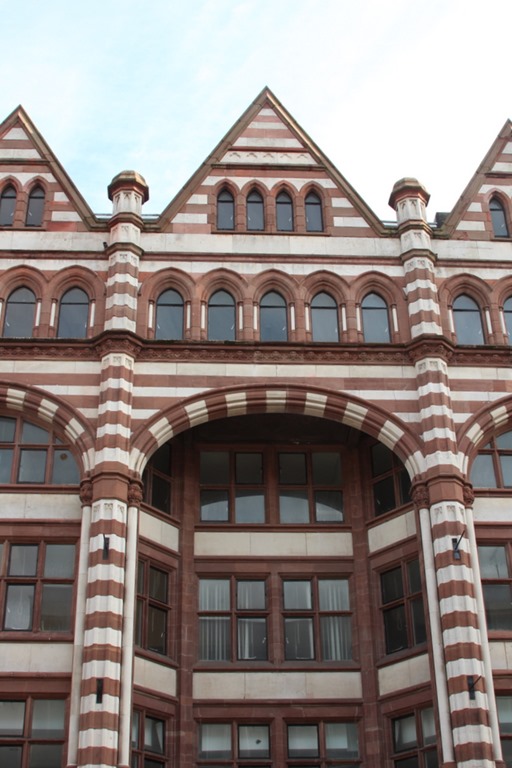 Further along, on Church Street, there is a large M&S in a fine building. 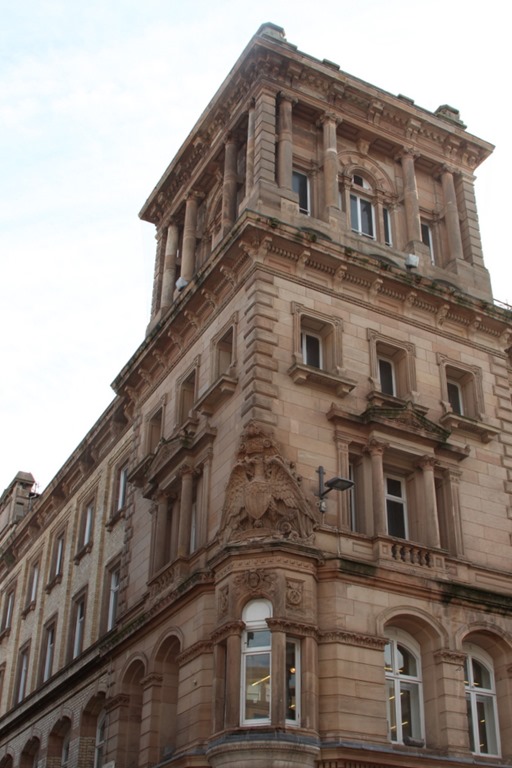 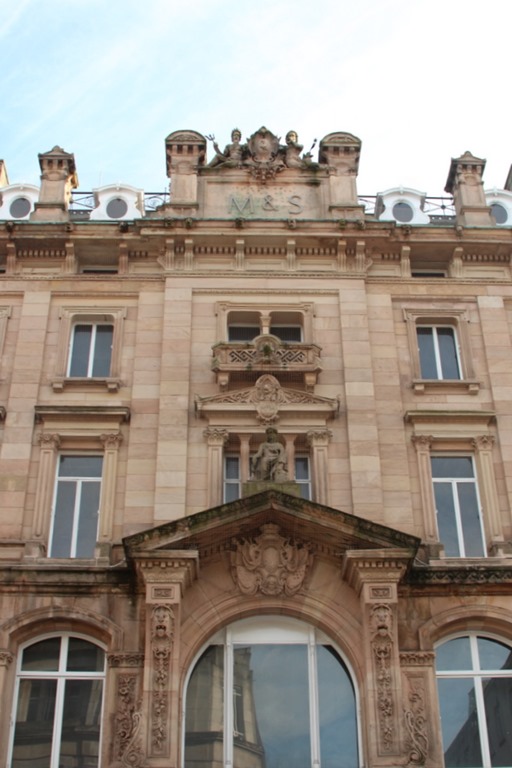 By now I’ve almost reached my normal route into work from Liverpool Central station, just around the corner on Renshaw Street is Grand Central Hall, which started life as a Methodist church. 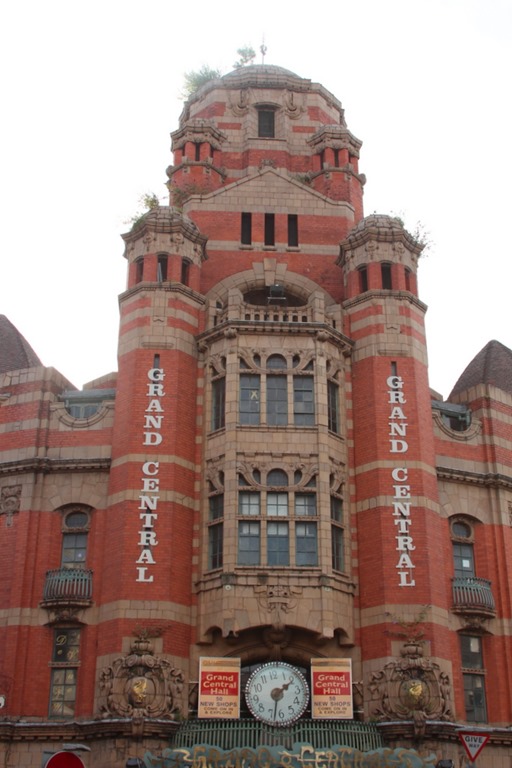 It’s a crazy looking building, the buddleia growing out of the roof make me think of one of J.G. Ballard’s novels. 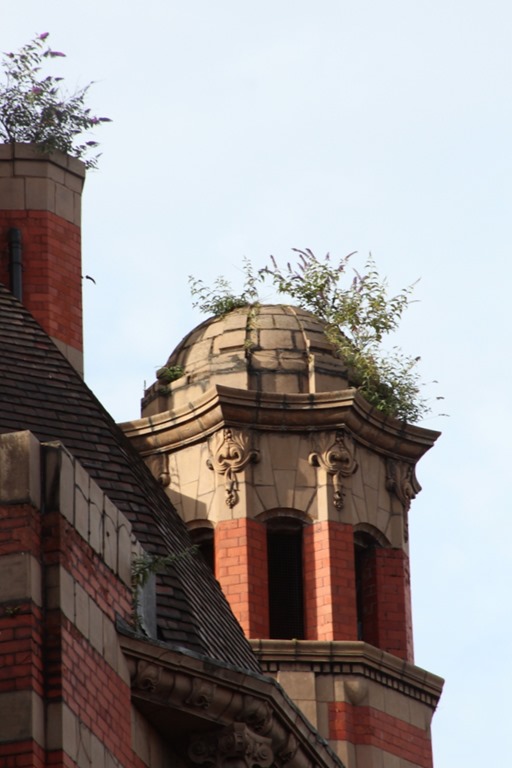 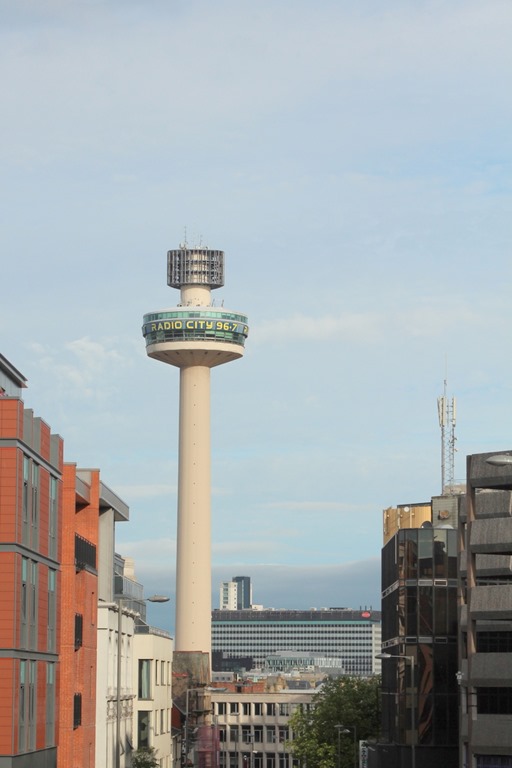 A little before we reach the Metropolitan Cathedral there is the YMCA on Mount Pleasant, another strange Victorian Gothic building. 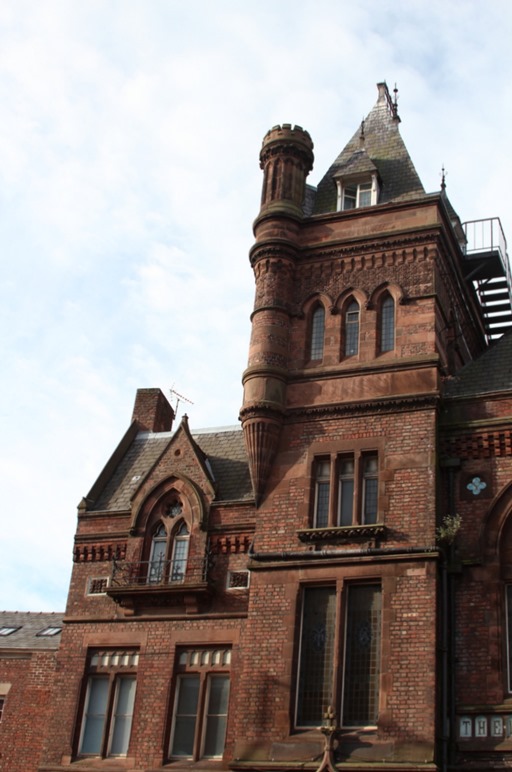 I struggled to get a reasonable photograph of this one, I was using my 28-135mm lens on a Canon 600D for this set of photos. This is a good walking around lens but for photos of buildings in dense city environments the 10-22mm lens is better for its ridiculously wide angle view – handy for taking pictures of all of a big building when you are standing next to it!

So maybe next week I’ll head out with the wide angle lens and apply some of the rectilinear correction I used on my Chester photographs.