Book review: The Sleepwalkers: A History of Man’s Changing Vision of the Universe by Arthur Koestler 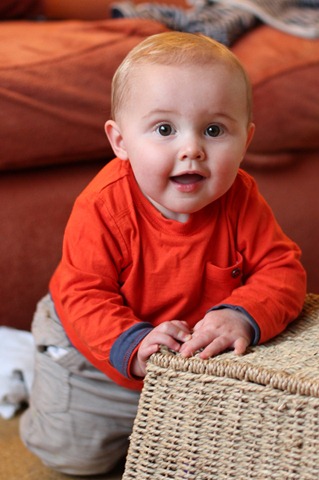 It has become a tradition for me to review my posts at the end of each year, OK I’ve done it twice before and now I find myself sounding like a teenage diarist.

Clearly the main event of this year has been The Arrival; Thomas was born on 4th February, as I write he is systematically throwing all his books on the floor whilst muttering to himself, it is 6am. I haven’t written much about Thomas but he fills my real life, looking after a small child is very much like conducting an experiment at a central facility.

I’ve managed to keep reading although at a somewhat reduced rate. I read about geodesy in “The Great Arc” and “Measure of the Earth”, both tales of considerable derring-do conducted in the jungles of India and Ecuador respectively. I read about scientific instruments, in Stargazers, “Decoding the Heavens”, "A computer called Leo" and "The History of Clocks & Watches". The subjects of the last two of these are obvious, the first is on telescopes and the second on the Antikythera mechanism, an astoundingly complex mechanical model of the heavens. I read about Alan Turing, Christiaan Huygens and Benjamin Franklin.

If I was forced to pick a favourite book I think I would go for Arthur Koestler’s "The Sleepwalkers" which traces the development of cosmology from the ancient Greeks to Isaac Newton with its focus on the journey from Copernicus, still obsessed with celestial circles, to Kepler who started to sound like a modern physicist. Keplers’ attempts to identify elliptic orbits takes on a pantomime air at some points… “They’re right in front of you!”. Or perhaps my favourite should be Stargazers since after reading this I bought a telescope – more of which below.

Slightly more miscellaneously I read Tim Harford’s "Adapt" about trial and error as an approach to public policy and management, "The Geek Manifesto" on science and politics and "The Etymologicon" – a casual journey through where words come from. Finally, I also read "Visualize This", capturing the essence of my data twiddling and cluing me into tidying up my plots using Inkscape (or Adobe Illustrator if you have the cash).

Another new thing this year was a telescope, rather than appear some sort of dedicated follower of fashion, rushing out to buy one in the wake of a celebrity astronomonothon, I delayed until May. This turned out to be a bad idea: it doesn’t get properly dark until two hours after sunset and starts to get light two hours before dawn difficult at the best of times, impossible when combined with childcare responsibilities. Consequently I got little star viewing action for quite some time, except for the Sun. My telescope review post (including video) was my most read post of the year. It has been magical though, my first view of Saturn with its rings had me hopping up and down like a small child! More recently I got Jupiter and the four moons discovered by Galileo. I’m still trying for a deep sky object, I don’t count my pictures of the whole Milky Way taken through a normal camera lens.

Not much else in the way of photography this year, obviously I have an enormous collection of photos of Thomas but I won’t bore you with them but I’ll say to expecting parents who are also keen photographers that a 50mm f/1.4 lens is ideal for photographing small children since you are often indoors operating in relatively low light. I also took some pictures of Chester Cathedral, Beeston Castle and in the area of Harlech, where we took our first holiday with Thomas.

I did a little bit of fiddling with data this year, plotting the spending of the Board of Longitude, finding that they did a great deal to support John Harrison through his life, and looking at how quarterly GDP growth figures are revised – basically they’re all over the place!

I also pottered around a little with science policy and politics. “I am Dr Faustus” was an oft-read post, in which I disagreed with Ananyo Bhattacharya’s assertion that basic research in the UK had been corrupted by the idea of showing some application. “GCSE results through the ages” also got a lot of hits, it showed the changes in grades for GCSE and A levels over the years.

And as the year came to an end I handed in my notice to go to a new job – starting in March. I used some of my blog posts in support of my application!