Beeston Castle sits on a promontory on the sandstone ridge which runs down from the Mersey estuary at Frodsham towards Whitchurch. The castle location has been a centre of human activity since the prehistoric age, with significant earthworks put in place during the Bronze Age. The castle is now run by English Heritage, and is entered through a fine Victorian gatehouse. This is the result of a later period in the Castle’s life, during the 19th century when it was owned by Lord Tollemache, and became a tourist attraction. A wall was built at the level of the Cheshire Plain at this time, in part to keep the kangaroos in. 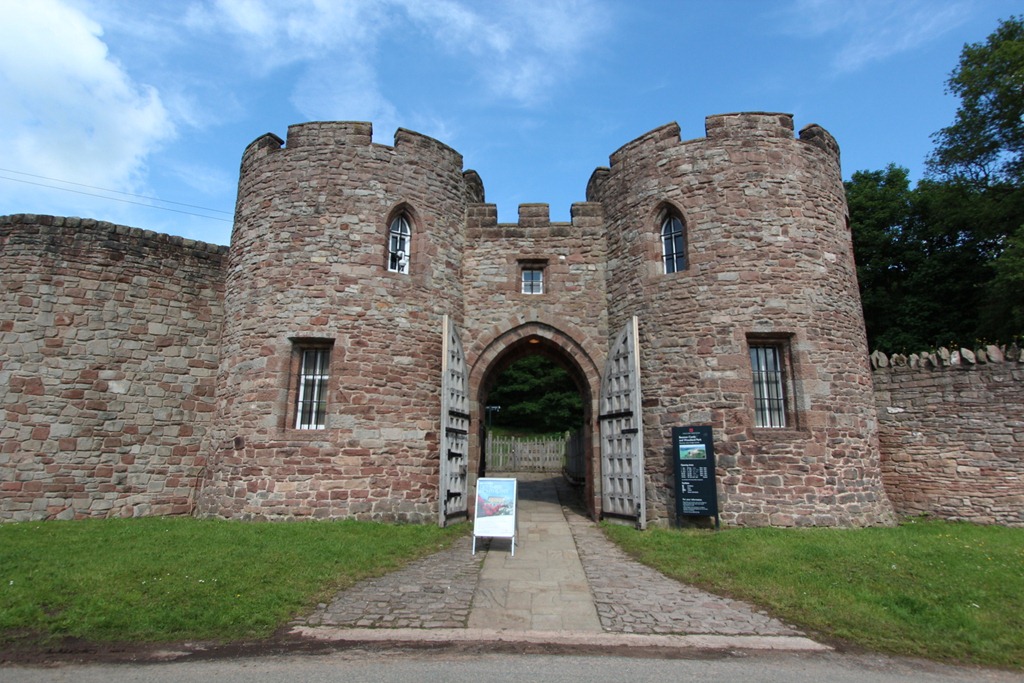 It felt wrong to remove the notice board which spoils the picture a little.

Heading up the steep hill we come to the outer gatehouse, this was most likely built during the 13th century at the direction of Ranulf III, sixth earl of Chester (1170-1232) in common with the inner ward and other major stone workings. It was built as much of as symbol of his power as for any strictly defensive purposes. 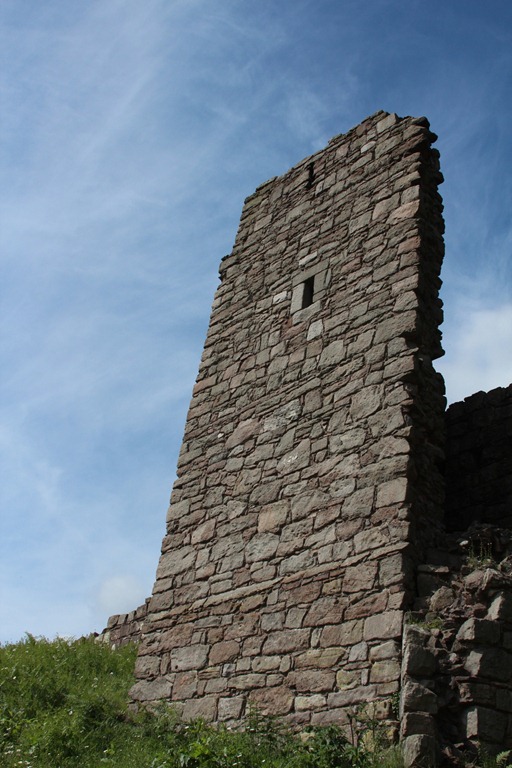 Heading along the outer curtain wall, we get views of Peckforton Castle, which is a Victorian building commissioned by Lord Tollemache which picks up the character of the much older Beeston Castle: 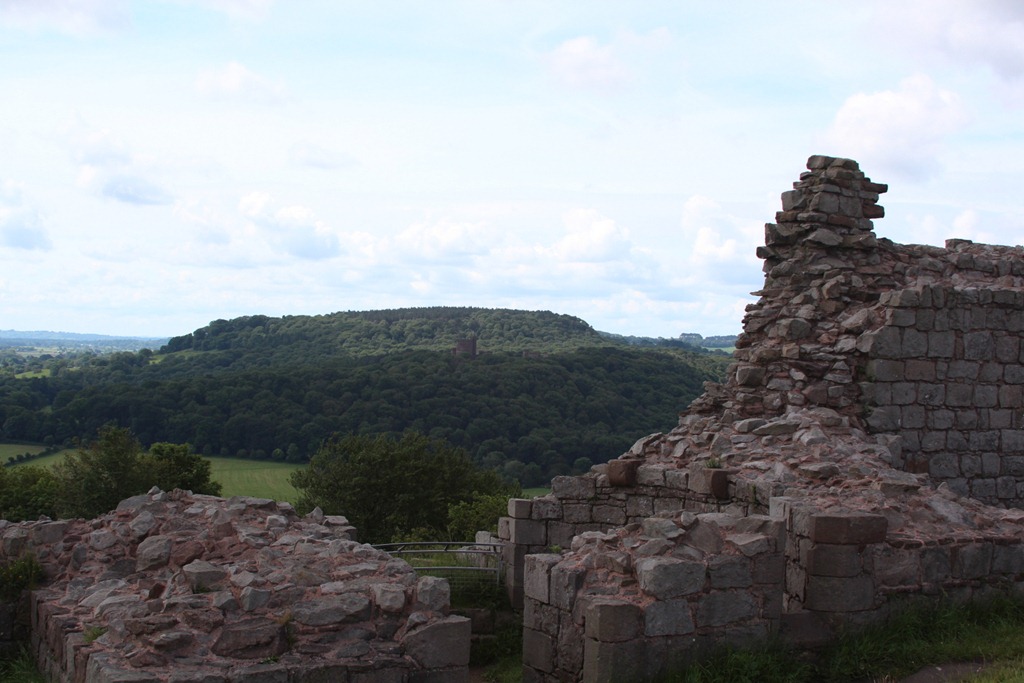 Still further up the hill we see the inner ward of the castle, after the initial work on the castle in the 13th century it was relatively little used although during the English Civil War it was fought over and its decrepit state is as a result of deliberate destruction at the end of the War. 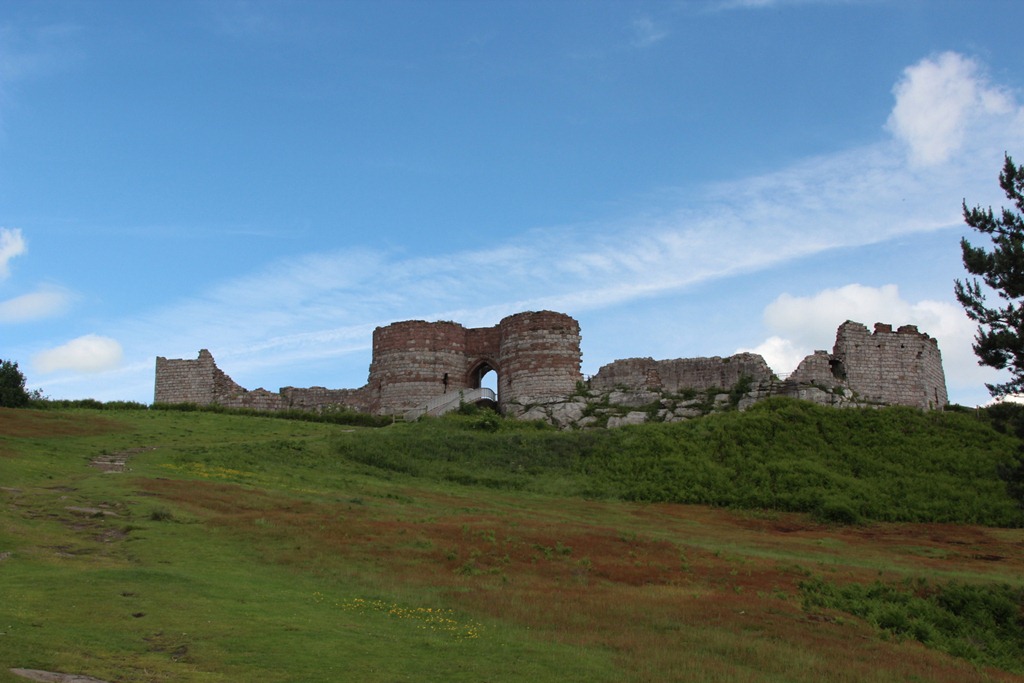 The bridge into the inner ward dates from the 1970s, it’s a very steep climb! 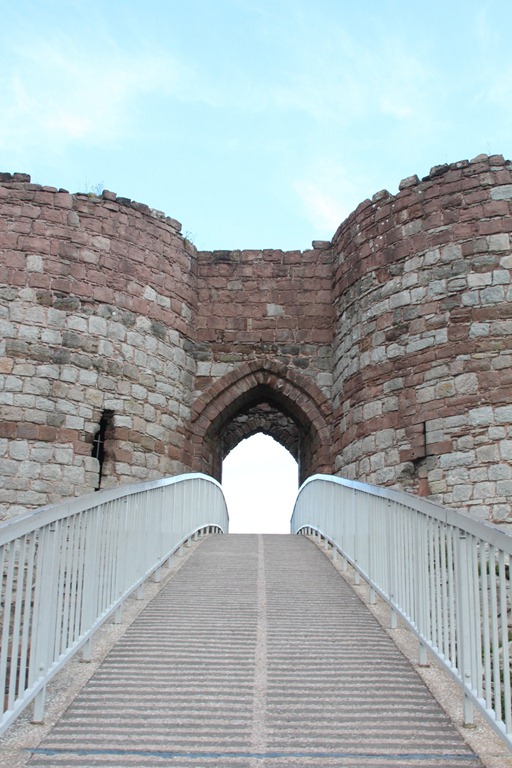 Crossing the bridge over the hand-cut stone channel into the inner ward we can see a fine view towards Chester and North Wales: 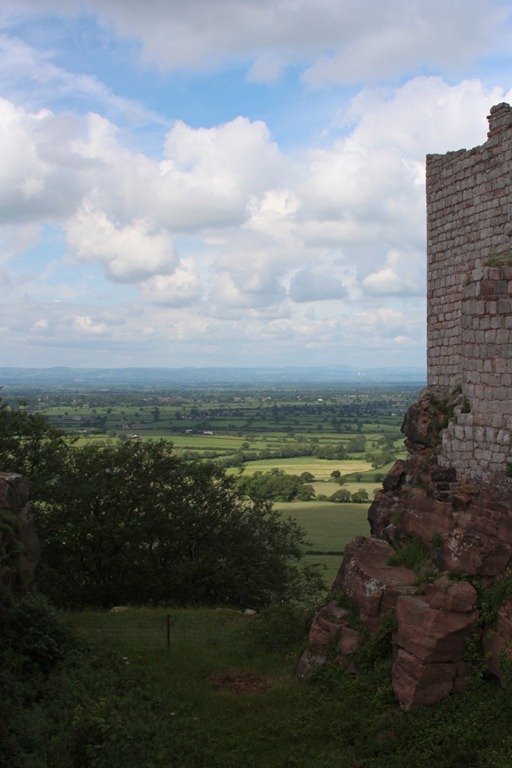 The inner ward is rather rough-hewn, no real attempt to level it has been made: 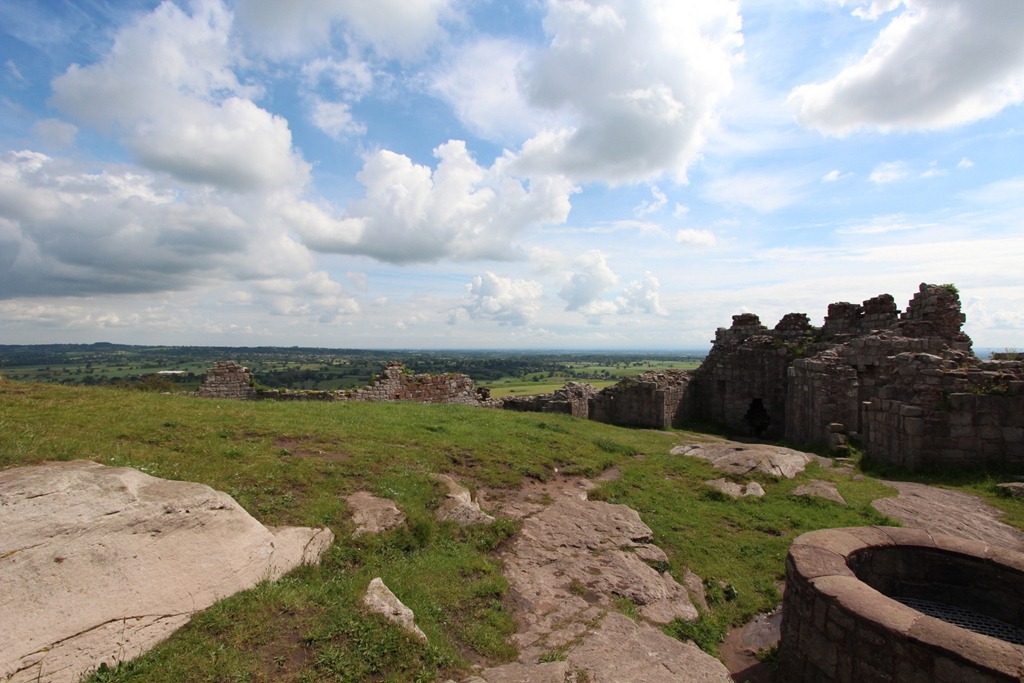 The well seen here in the foreground is very deep, 100m as recorded during investigations in 1935-36 with medieval masonry extending down to 61m. 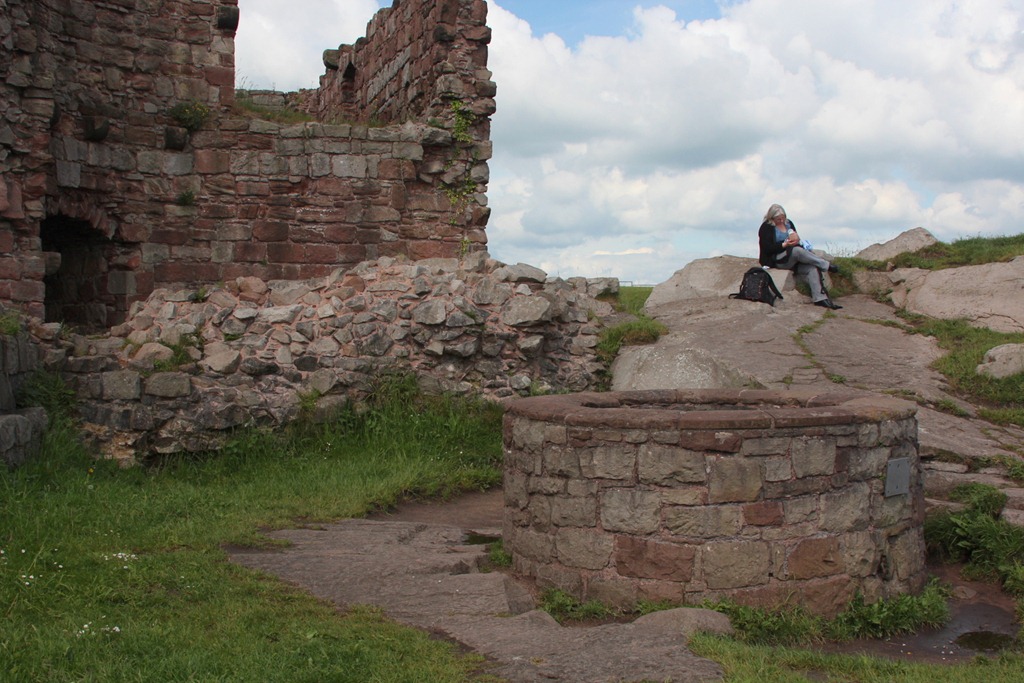 The gatehouse offers some rather sturdy masonry, and following the rain the floor of this guardroom was one big puddle: 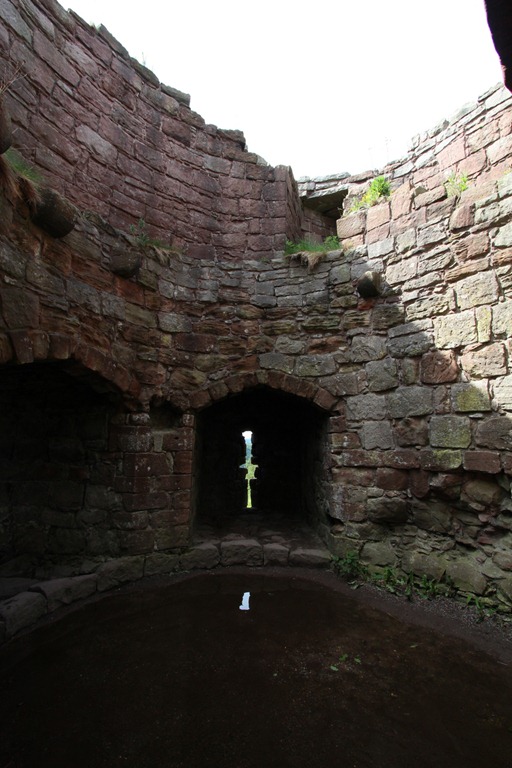 You can some feel of the precipice on which the castle sites from this view looking towards Stanlow: 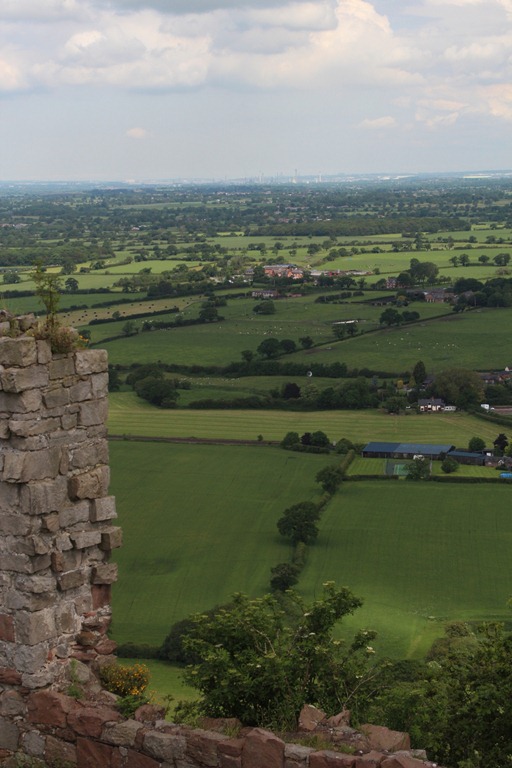 As recently as the 1950s the castle hill was bare of trees but now it is thickly wooded, attracting wildlife such as the great-spotted woodpecker: 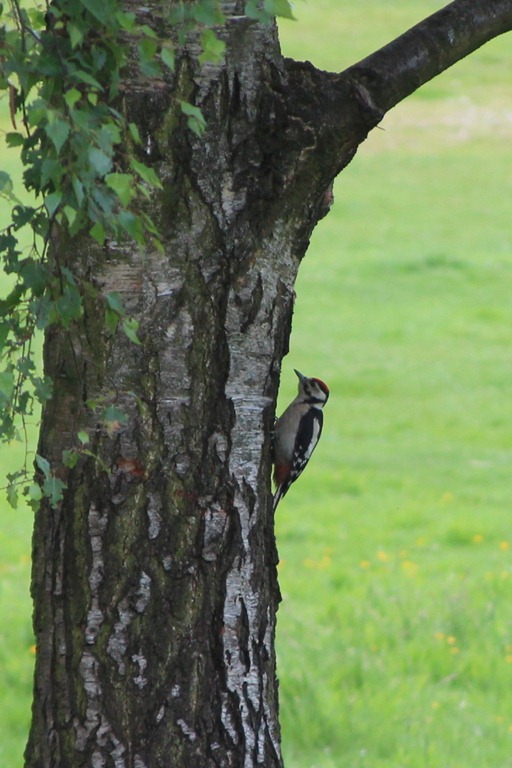 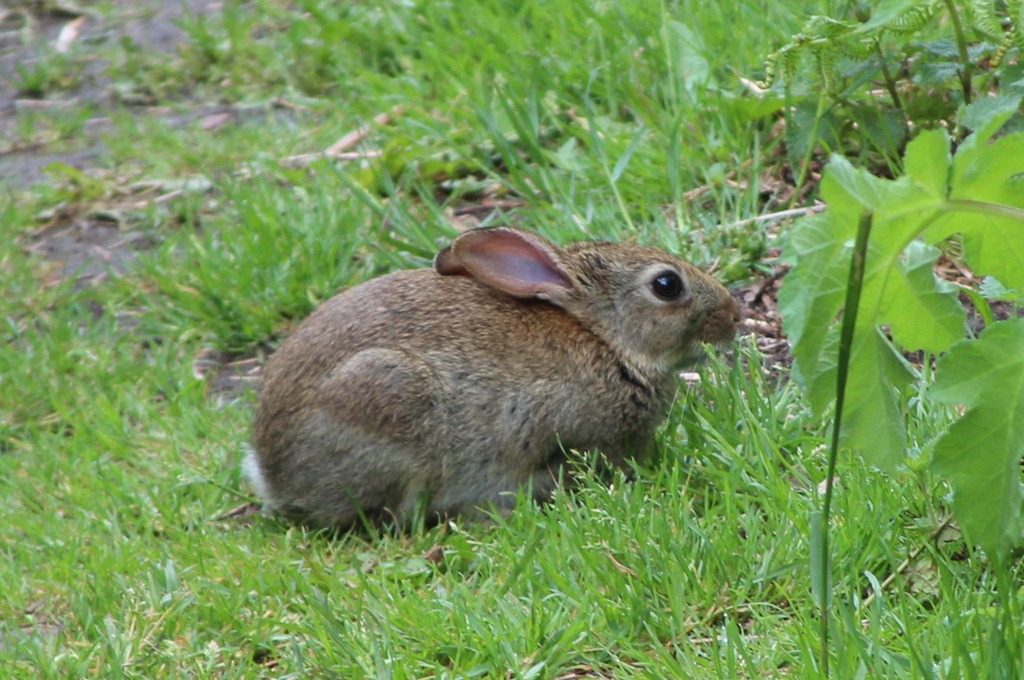 The ox-eye daisies are pretty too: 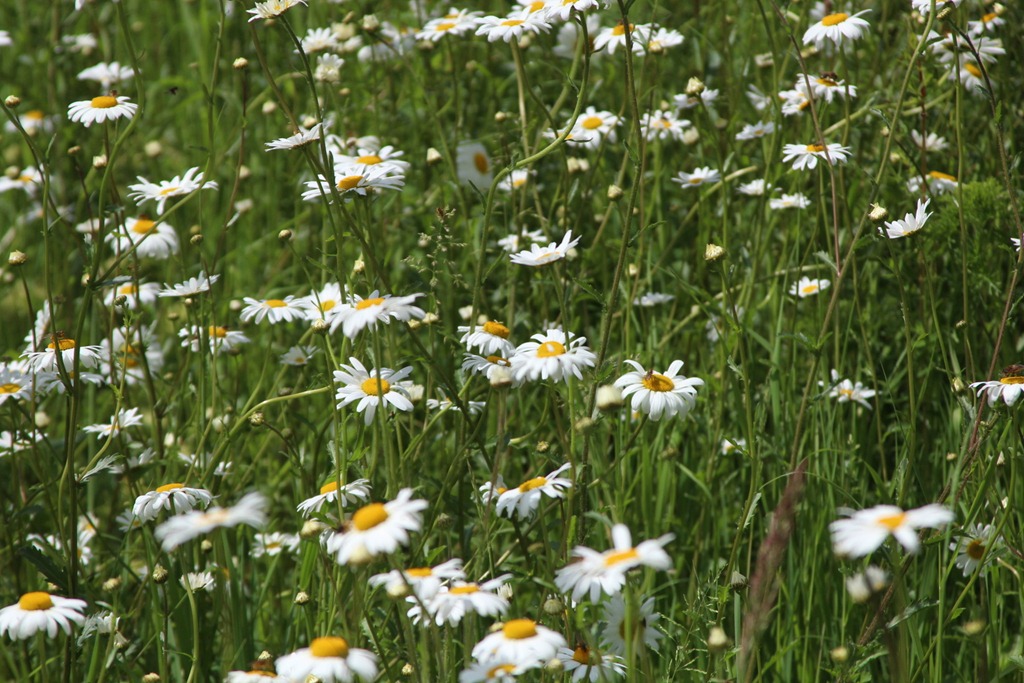 And someone has woven a horse: 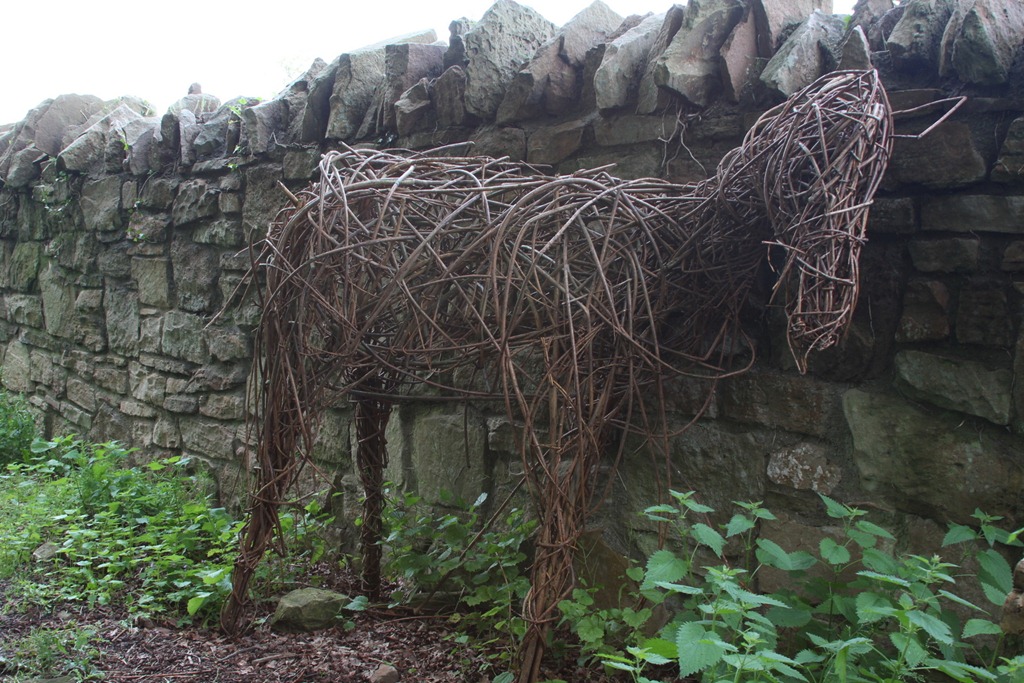 Close to the entrance there are caves, from which sandstone was quarried in the 19th century: 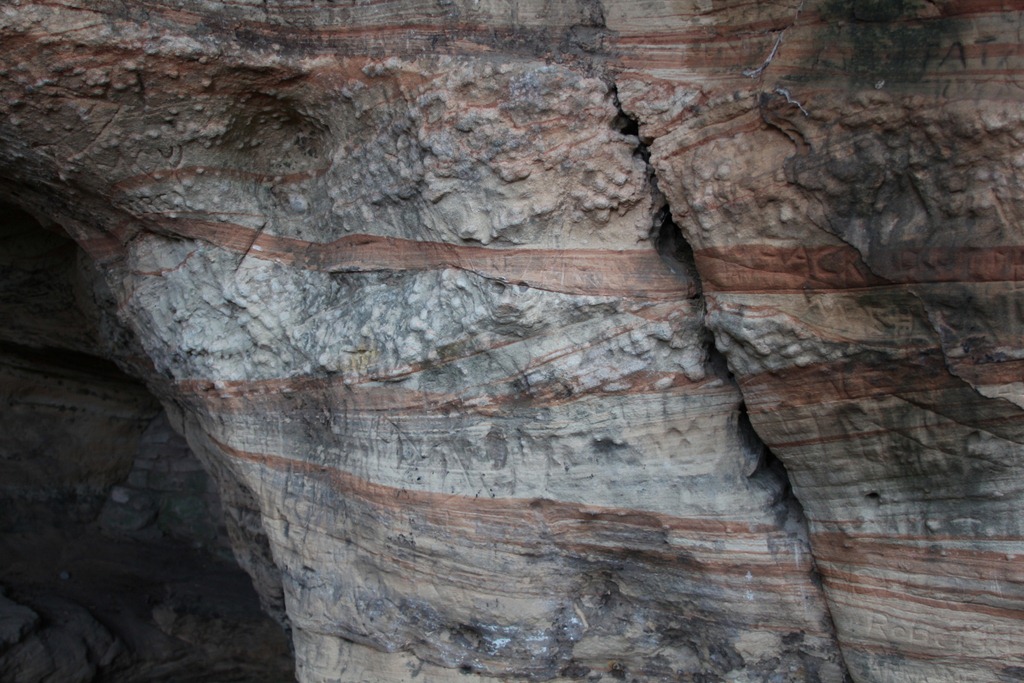 A rather pleasant morning out with some spectacular views.

The wikipedia entry for Beeston Castle is quite brief (here), English Heritage has its own site (here) which has more detail although it is scattered about a bit. The English Heritage Guidebook is a quality production, a little brief but available for a very reasonable sum on Amazon (here)