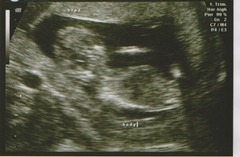 At this time it is traditional to review the year just past, I struggle to be timely in my blogging but this is a target big enough to hit (preceded by some holiday, so I have time to do it). As always my efforts are partly for my own amusement but I’m also a desperate observer of my site traffic stats. If you ever feel the need to make someone happy, for very little effort, just randomly click onto a few pages!

I heroically continue on my chosen path as a Liberal Democrat. I made a few posts about the AV referendum, maybe the less said about that the better. I read “The Orange Book”, I found this more entertaining than I thought I would – it’s nice to see policy discussion beyond the length of a newspaper article. The rest of the year I satisfied myself with the odd, not particularly party political, rant. I also made a few posts on the House of Lords, both statistical and political. In this area the thing that affected me most was Terry Pratchett’s programme on assisted dying, which I wrote about here. That, and going on strike (here). The most read of my sort-of-political posts was on the New College of the Humanities, offering degrees for £18,000 per year, which seemed to induce a great rage in academics.

I still find the economy interesting: firstly, I wrote on looking at debt-deficit figures to find economies similar to that of the UK (here) – our neighbours in the phase diagram look distinctly unwell. Secondly, on deficit reduction by growth (here) – it 0.5% on growth per year is worth about £7bn, or a couple of pence on basic rate tax. I also read Niall Ferguson’s “The Ascent of Money” which gives a handy background for our current economic difficulties and also highlights the benefits of a well-functioning economic system.

This year the focus of my reading has been on the history of science, particularly in the late 18th century. This has included books on the Lunar Society, Erasmus Darwin and Edmond Halley. My favourite books of the year were Jean-Pierre Poirier’s biography of Antoine Lavoisier (Lavoisier: Chemist, Biologist, Economist) and Ken Alder’s book: “The Measure of All Things” on the measurement of the meridian from Dunkerque to Barcelona to define the length of the metre at the at the time of the French Revolution. For me science is a route into a more general appreciation of history.

A review of “The Immortal Life of Henrietta Lacks” by Rebecca Skloot is my most read post of the year, it’s about the woman whose cells were used to create the first immortal human cell-line. It’s a fine book, quite unlike any other science related book I have ever read – I suspect the popularity of the post is because it is timely (the book was published a year ago) and I can’t help thinking an awful lot of students have been sent to read it and are looking for a summary. The same goes for “In Defence of History” by R.J. Evans, which is a defence of the study of history against the post-modernists.

I had some fun writing about the French Académie des Sciences and lead mining in the Yorkshire Dales, without the support of a book to review.

A spin-off from my reading about maps, in particular Ken Alder’s book, was a rather obsessional quest to put the locations of all the triangulation points into a Google Map (here). Another enjoyable bit of programmatic fiddling was in playing with the catalogue of objects for the National Museum of Science and Industry (NMSI) which I called “Inordinately fond of bottles…” because it turns out the NMSI is home to a huge number of bottles of all descriptions. And there was also the Javascript timeline of British Wars, it’s always good to know when your scientist protagonists are being distracted by a war.

I still do some photography, on holidays in Hinterglemm, the Yorkshire Dales and the deep South Coast, which is where I grew up; on our expedition down the Sandstone Trail and on a photo tour of Chester, utilising some software for straightening photos of buildings taken with a very wide-angle lens. I also wrote about the Lytro re-focusable camera which takes an array of images meaning the focal plane of an image can be shifted in post-processing (here).

In July I moved my blog from Blogger to self-hosted WordPress. This was driven in part by Mrs SomeBeans for whom I made a website (Blue Poppy Garden Design) – on seeing what I had wrought I wanted one for myself! I made some notes on the process (here). Mrs SomeBeans is still ahead though – she has rather natty business cards.

Leaving the best to last; the most significant thing to happen for me this year is that Mrs SomeBeans is pregnant! The new arrival (codename Beetle) is due on 22nd February. It’s been an odd sort of time, we have prepared for the new arrival by getting a media server, replacing the patio, decorating and attending NCT classes. I haven’t written very much about it, perhaps for fear of a jinx and perhaps because it is very personal. I did do a bit of blogging, the dating scan (here) and the anatomy scan (here), I also got interested in ultrasound scanning (here).

I regret not writing more on current affairs, the earthquake in Japan and the various elements of the Arab Spring have been completely absent from my blog. I have a suspicion my blogging for the coming year will be replaced by nappy changing and other childcare activities.