The British sport of bashing the bankers

The Sandstone Trail walks (click to go to Google Maps)

These days we frequently hear stories of heroic acts of walking: to the Poles, across the Andes, up the Amazon, often undertaken at great speed or under conditions of considerable disability.

This little post is a record of our trek down the Sandstone Trail, 34 miles close to our home in Chester. Our route, drawn from “Circular walks along the Sandstone Trail” by Carl Rogers, adds up to a total of 77 miles. These distances are the sort of things that serious trekkers would cover in less than 24 hours, probably combined with a swim and a 100 miles cycle. Our effort was rather more leisurely – it took us about 14 months. Traditionally we walk on a Sunday morning, usually finishing before lunch.

The Sandstone Trail is covered in 13 walks:

These range in length from 5 to 8 miles.  To start off, here is some of the eponymous sandstone, in this case from above Frodsham: 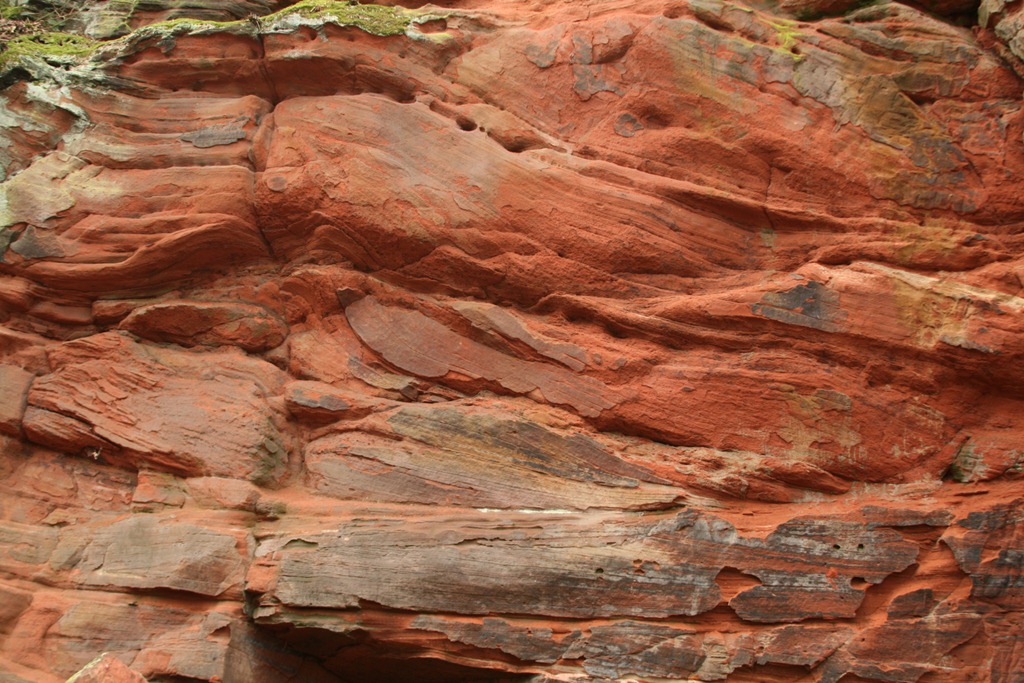 Sherwood Sandstone Group from above Frodsham

The sandstone is from the Sherwood Sandstone Group laid down in the Early Triassic, 250 million years ago.

The small town of Frodsham lies close to the Mersey Estuary and after you have climbed up onto the sandstone heights above the town you get a fine view towards Liverpool and across the industrial works at Stanlow refinery and Runcorn. I’m rather fond of these, Runcorn is a fine collection of pipes, tubes and the odd ball shaped thing whilst the Stanlow refinery looks like something out of Bladerunner; at night they are lit up with gas flaring off on some of the chimneys. 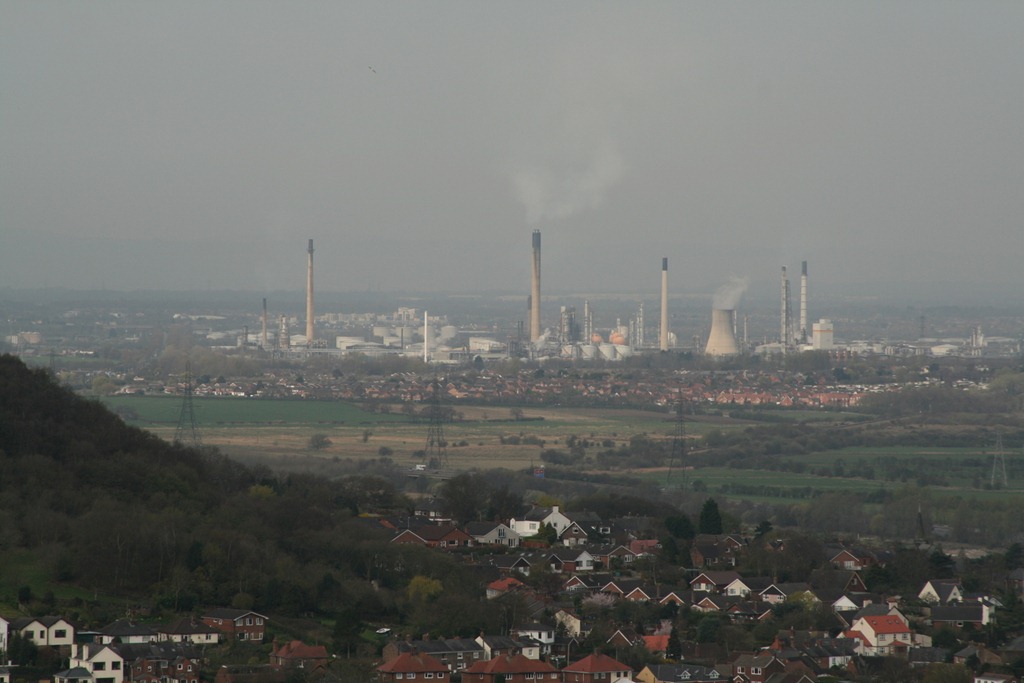 The walks to Primrosehill Wood are rather pleasant, at Manley Common we were inspected by enthusiastic pigs. 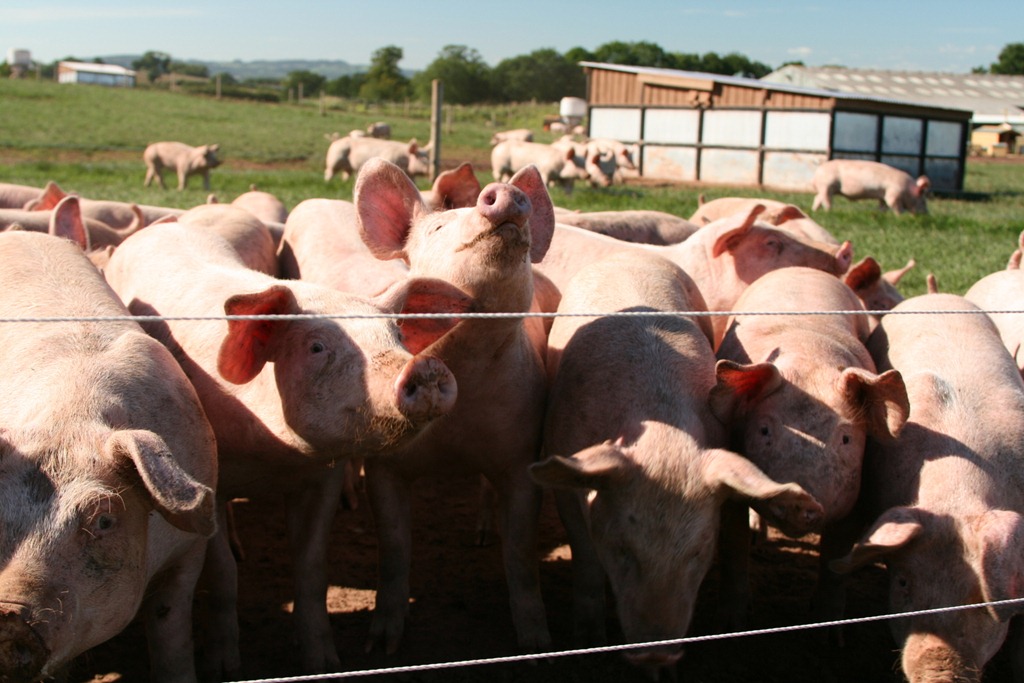 We also saw a lot of cows: 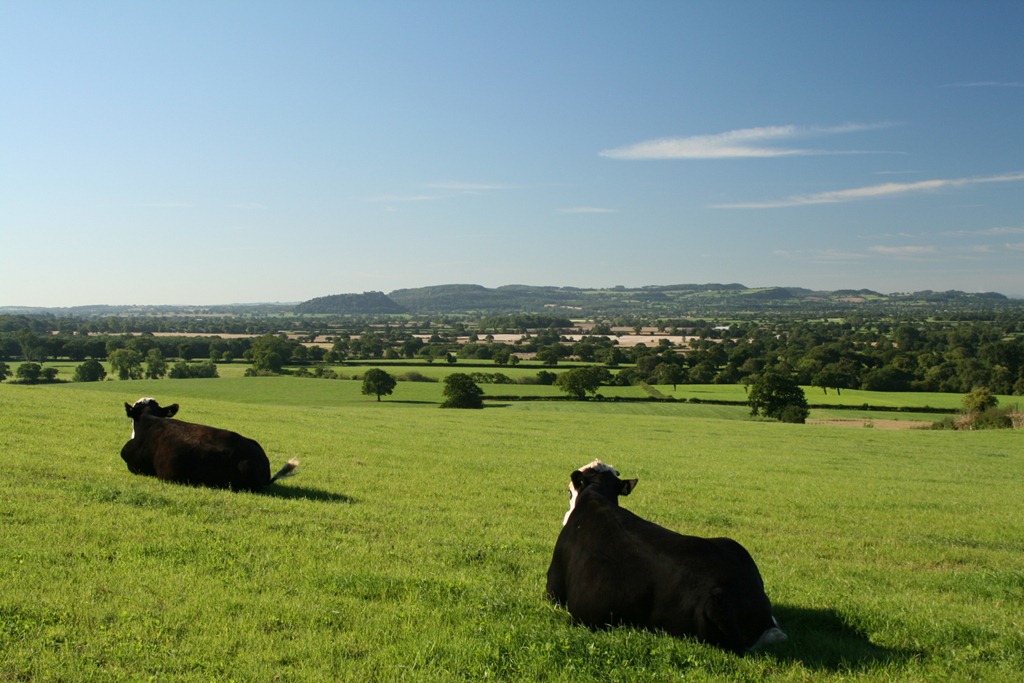 And a llama (rather further along the Trail): 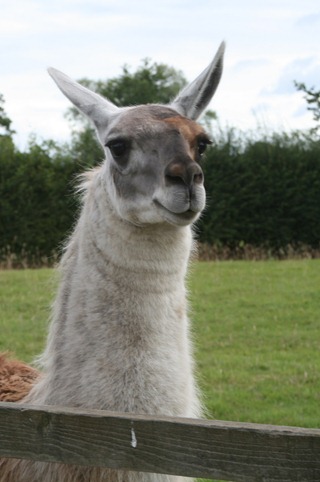 The llama was very inquisitive, perhaps overly so since there was a small diversion around its field with a note highlighting that dogs and walkers with sticks had interacted with it rather more than was strictly desirable. As we walked past its field it followed us very closely over the fence with a look of what could have been either llamaly inquisitiveness or aggression.

For me the Tarporley and Beeston Castle walks were a bit of a slog, they span the Cheshire Gap, a flat area of clay farmland. The Beeston Castle walk in particular comprises a trip out into the plain and then back again with the Castle the sole point of interest for the whole walk. The Castle is pretty impressive but you have to pay to get in, so we didn’t. 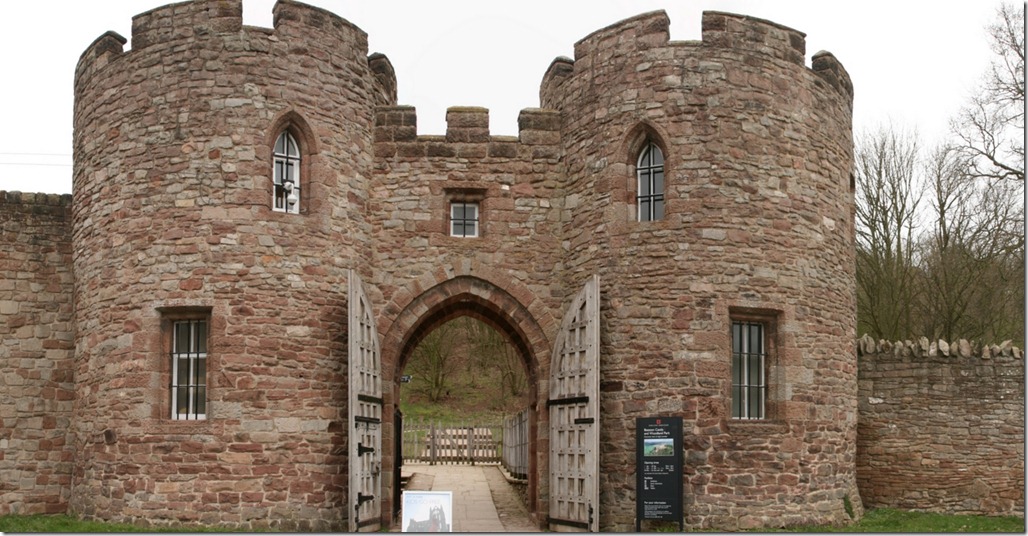 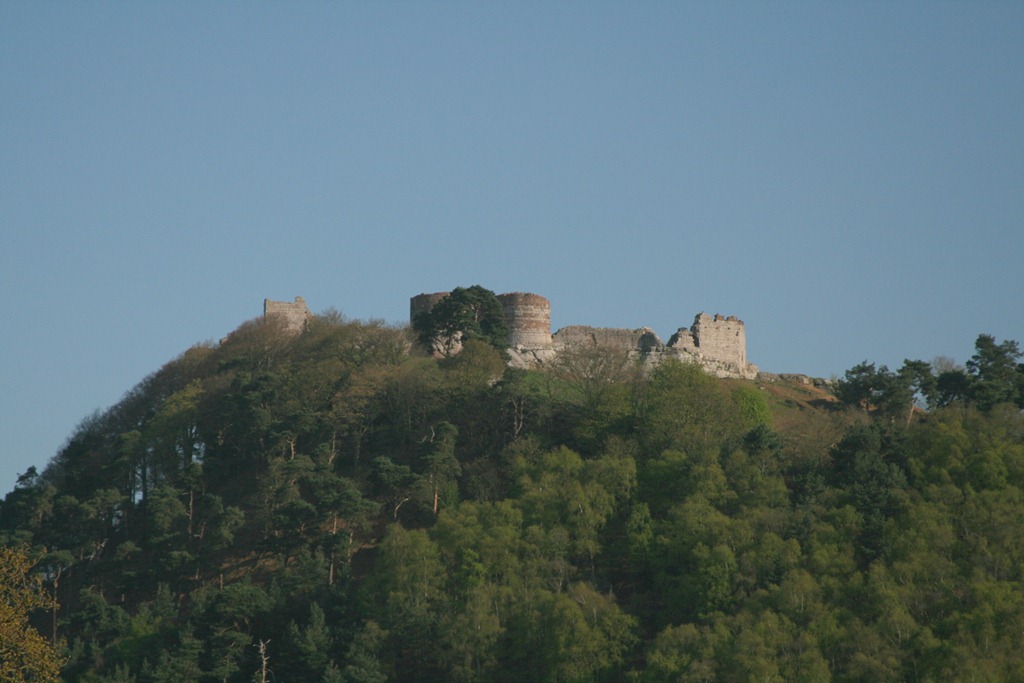 The next three walks, Peckforton, Burwardsley and Rawhead are my favourites, at this point the Sandstone Trail heads up onto a wooded ridge with lovely views in all directions. The Peckforton Estate has left some classy stonework along the route. 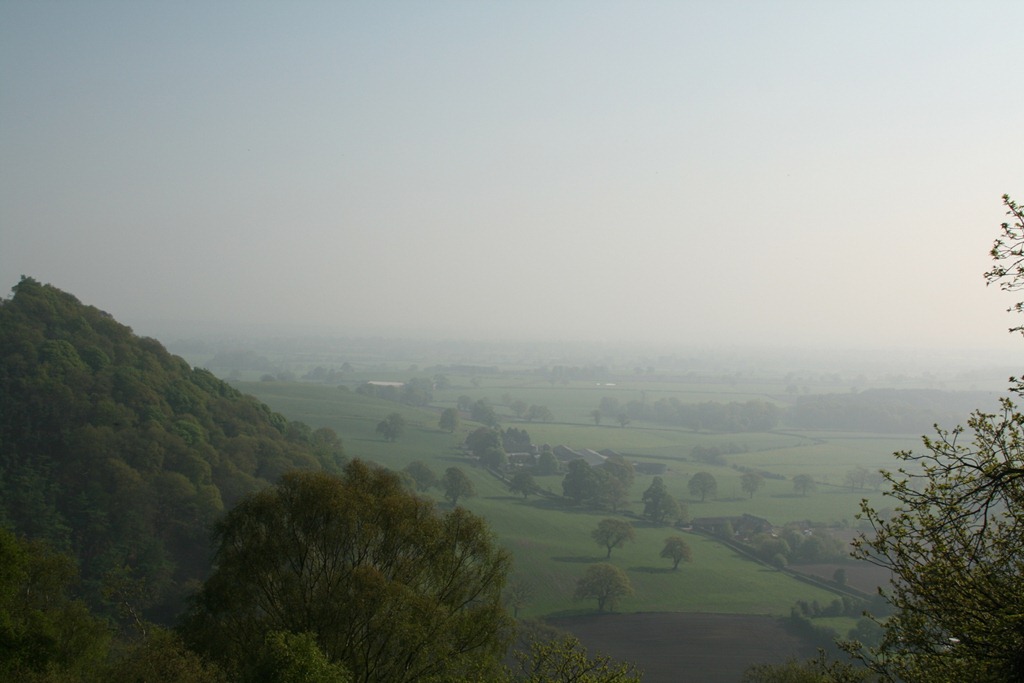 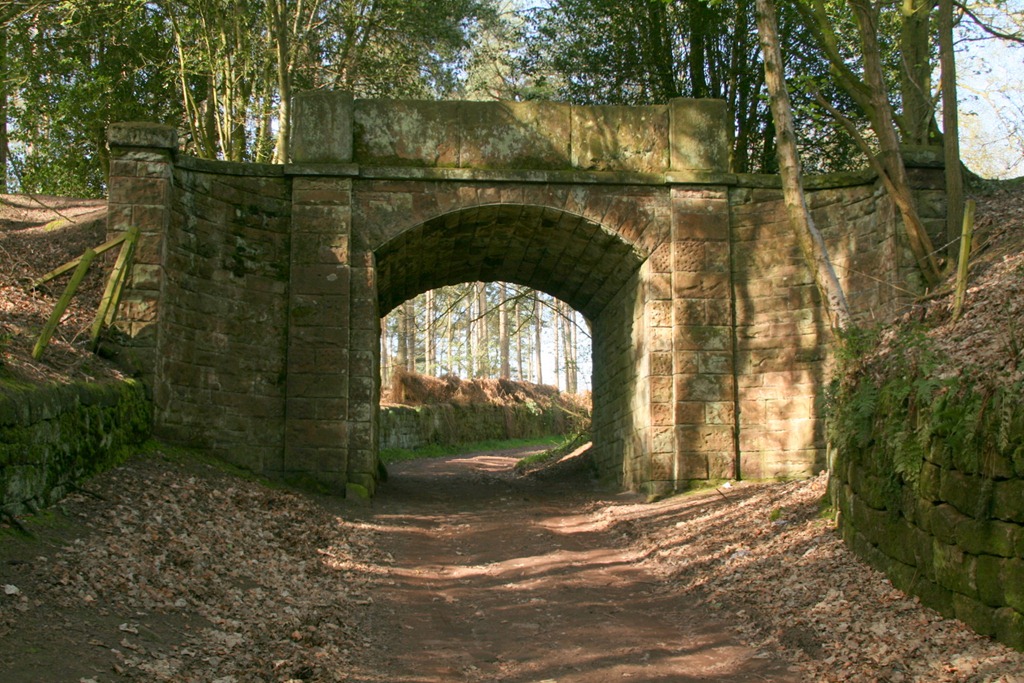 Haunted Bridge on the Peckforton Estate 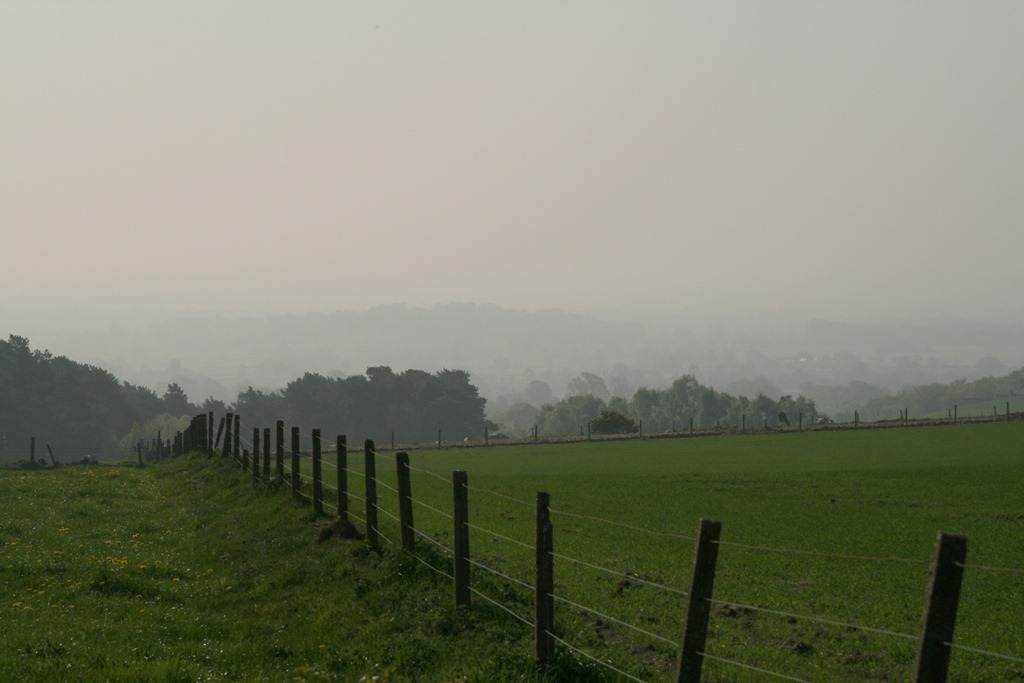 Misty view from near Rawhead

The last four walks: Hampton Heath, Malpas, Tushingham and Whitchurch take you off the  ridge for more walking across rolling farmland with a couple of stretches along the canal. We did manage to get very wet one day: 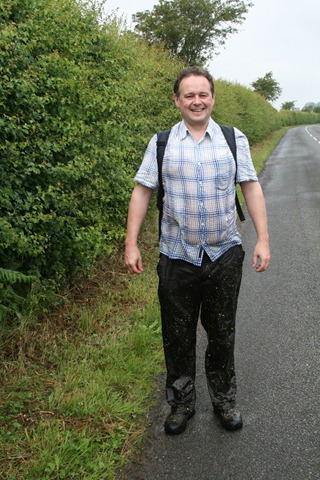 This was achieved by crossing a field of oil seed rape not long after heavy rain, I think this is the wettest I’ve ever been following a walk (and I’ve walked in the Lake District!). As you can see the crop reached a height of approximately five feet and held an awful lot of water.

I must admit to not being too fond of this type of walking but we could not leave walks undone. This little arch, in Jubilee Park in Whitchurch, marks the end of the Sandstone Trail. 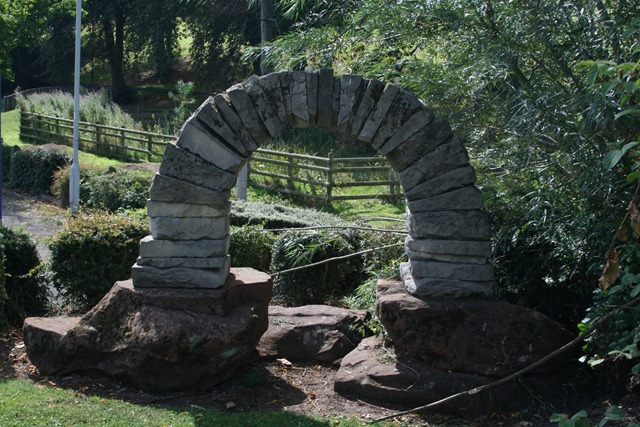 End of the Sandstone trail

You can see the GPS tracks I captured on the walk here in Google Maps.