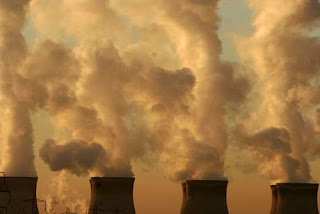 This week I’m writing about my attitude to some green issues, and how I think my scientific background informs my approach. The reason I’m doing this is that when discussing green issues, it becomes obvious that I have some very different starting points compared to non-scientists. I can describe my own views, and I believe various of them are shared by other scientists for similar reasons. And it might get a little bit ranty.

First of all, I really like the idea of sustainability: the idea that after our lives we leave the earth in broadly the same state as we found it so that those that follow us have something to live on. I believe we should be trying to preserve our natural environment and the species in them, even the unattractive ones. How we achieve sustainability, and what we actually focus on are the areas of collision.

And so to “Chemicals”: “Chemicals” which are always bad and must be excluded from things. From a scientific point of view this is frustrating: all things are chemicals – atoms joined up together. Even if we’re slightly more sophisticated and claim that natural chemicals are good, and man-made chemicals are bad, we’re still on tricky ground. Anyone for strychnine, belladonna or ricin? Really we can only say “good chemical”, “bad chemical” by looking at the chemical in question. There is a Romantic view abroad that nature favours us and wishes to provide us with nice things: this simply isn’t true. At best nature is indifferent, and in many cases it is actively out to get us.

There’s a biological variant of this stance, in genetically modified organisms (GMO). I think there’s real potential for GMO’s in sustainable agriculture, but it is excluded for essentially ideological grounds and with ideological fervour. Misplaced genes can certainly be a problem but much more likely when introduced en bloc in introduced organisms (rabbits in Australia, rats in almost any island environment, Himalayan Balsam in UK), and we’re surprisingly tolerant of crops that are toxic if prepared inappropriately (potatoes, rhubarb, red kidney beans, cassava). We’re in the bizarre situation where one group can complain of the contamination of the genetic purity of their crops by GMO’s for which there is no evidence of harm, and no expectation of harm. Where the detection of the contamination takes rather sophisticated scientific techniques. And beyond that even people are getting agitated by the thought of eating cattle fed with GMO’s, when we have no way of detecting whether the cattle have eaten the GMO – there is no measurable effect.

The image at the top of this post is another example, I found it buy searching for “belching-pollution” it’s the type of image you often see illustrating a story about pollution but those are cooling towers, the stuff coming out of them is water vapour – clouds. Not pollution at all.

The Food Programme on Radio 4 irritates me every week, and I really like my food. A typical script runs roughly like this:

I think I drifted off the point slightly with that last bit of rant, but it reveals something of my character. I’m actually in favour of people that do stuff, rather than the people that stand on the sidelines complaining that they’re doing it wrong but don’t really proffer a workable solution.

Much of the problem here seems to be an elision over scientific issues and capitalism / globalisation. GMO’s largely became “bad” because they were developed by very large corporations for reasons of profit. I don’t see large companies as intrinsically malign, I see them responding to a set of circumstances which makes them appear malign. The trick for society is to make an environment that makes companies to act for our collective good because it’s in their best interest to do so.

So there you are: I’m a frustrated green, I sign up to the principles but the implementation offends my scientific sensibilities. In a timely fashion, it would appear I’m not alone – see this interview with Stewart Brand in New Scientist.

Thank you for hearing my rant.